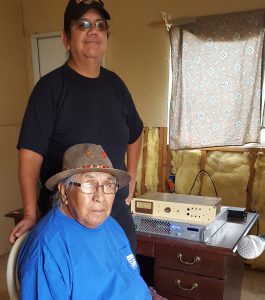 The Foundation’s main office is located on the Fort Yuma Indian Reservation in Southern California along both sides of the Colorado River near Yuma, Arizona and is  home to  the Quechan (pronounced Kwatsáan) Indians.

The Kwatsan are part of the Hokan language group which comprise tribes such as the Hualapia from the Grand Canyon on the north to the Pai Pai in Santa Catarina, Baja California on the south and Maricopa on the east to San Diego Kumeyaay on the west.

The reservation borders the states of Arizona, California and Baja California, Mexico. Its 45,000 acres,  is bisected from north to south by Interstate 8 (I-8)and from east to west by U. S. State Road 95.

The Ah-Mut Pipa Foundation was founded in 1996 by five individuals who were concerned about the preservation of Native American culture and art.

The Foundation is located on the Fort Yuma Indian Reservation, a remnant of the ancestral home of the Quechan people.

The Foundation is registered as a California Public Benefit non-profit corporation, and is considered as such to be exempt from taxes under California law.